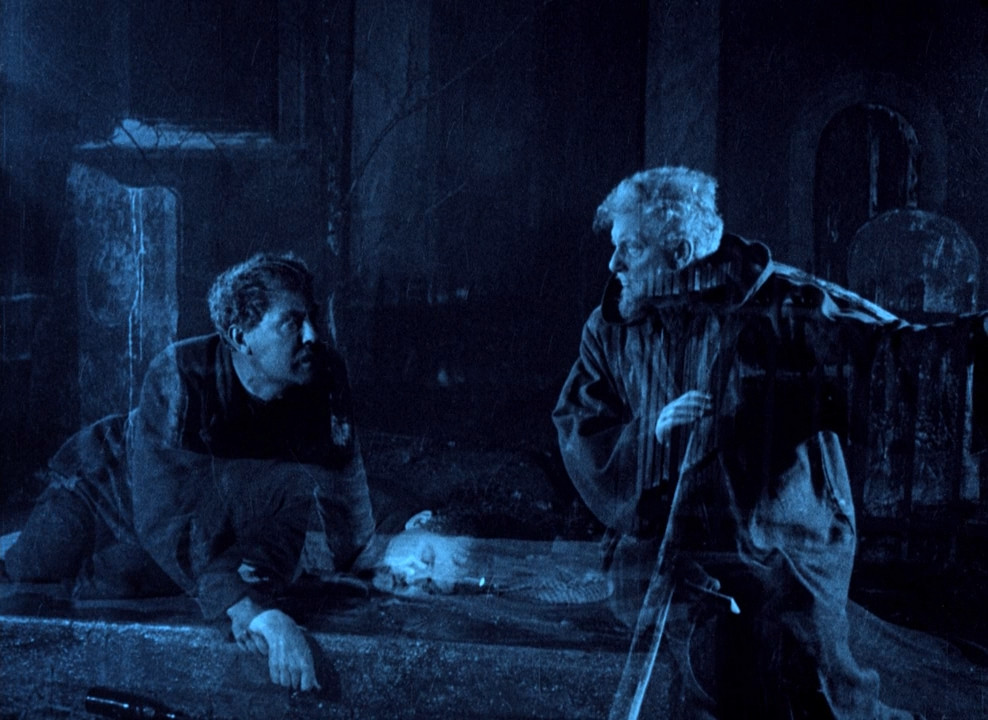 Don’t fret over those poor souls now. You’ve done enough for them.
28 November 2020

On New Year’s Eve, a man struck down in the street (Victor Sjöström) and about to die is visited by the driver of the phantom carriage - the vehicle that takes you to the next life. The driver takes him on board and forces him to revisit his wasted life.

I have to draw parallels to A Christmas Carol but The Phantom Carriage puts its protagonist so much further beyond redemption than Scrooge ever was. 100 years on and I struggle to think of more unlikeable characters. David goes to the Salvation army, while he sleeps a kind nurse mends his coat, in the morning when he wakes he tears up all the repairs she has made.

He also has tuberculosis, and does whatever he can to spread it to everyone he meets. Particularly galling in 2020.

The story is structured as a series of nested flashbacks, like Russian dolls. With each layer we find out more about the past, and therefore more about David’s current predicament. It’s a bit of a blunt instrument used to tell a morality tale, but the message comes across loud and clear all these years later.

The special effects include complex double exposures to make the carriage look translucent and it looks great, particularly when the carriage drives into the ocean to pull the soul of a drowned man out.

It’s not hard to see the influence this had on Bergman and Kubrick (David hacks through the door with an axe exactly as Jack does in The Shining). The Phantom Carriage strikes a unique otherworldly tone and displays incredible technical ingenuity that makes it stand head and shoulders above many of its peers.