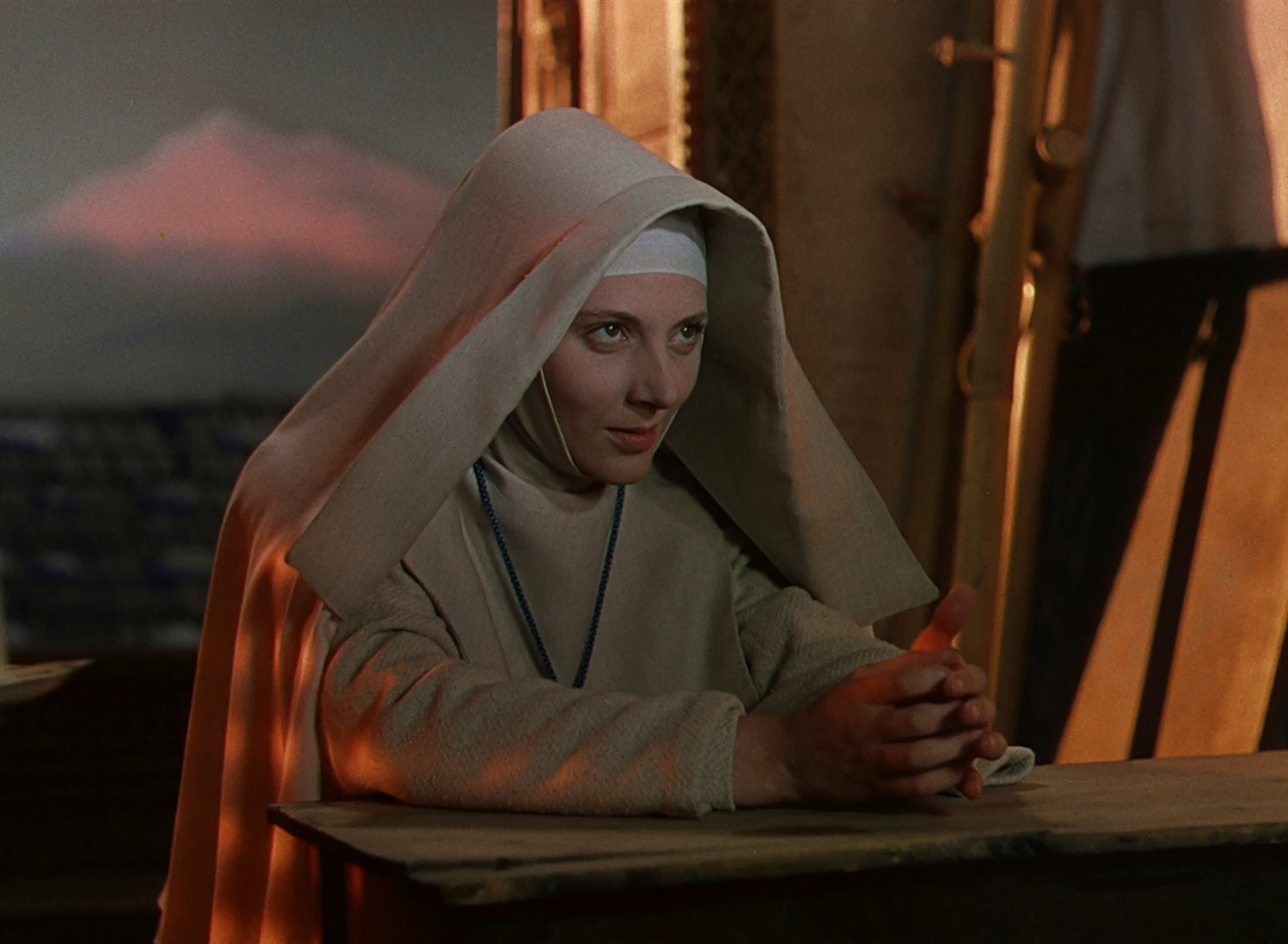 I won’t deny that it was the news of a TV remake (out now in a living room near you) that enticed me back to the convent on the mountain.

How could anyone ever hope to match this? It’s a ticking time bomb, oozing with restrained eroticism in every scene until the pot finally boils over at the end.

Nothing falls short of the mark here. The performances are absolutely electric. The painted scenery lights up the screen in beautiful technicolor, somehow one-upping modern CGI. The script is brilliant, with a final third that grabs you and never lets go.

The moment when the door opens and we see Kathleen Byron in a red dress, having shaken off her nun’s habit, is so so exciting. After all that repression it’s an incredible and shocking moment of release.

This is rated ‘U’ now—it’s the nun sex fantasy that’s fun for all the family!