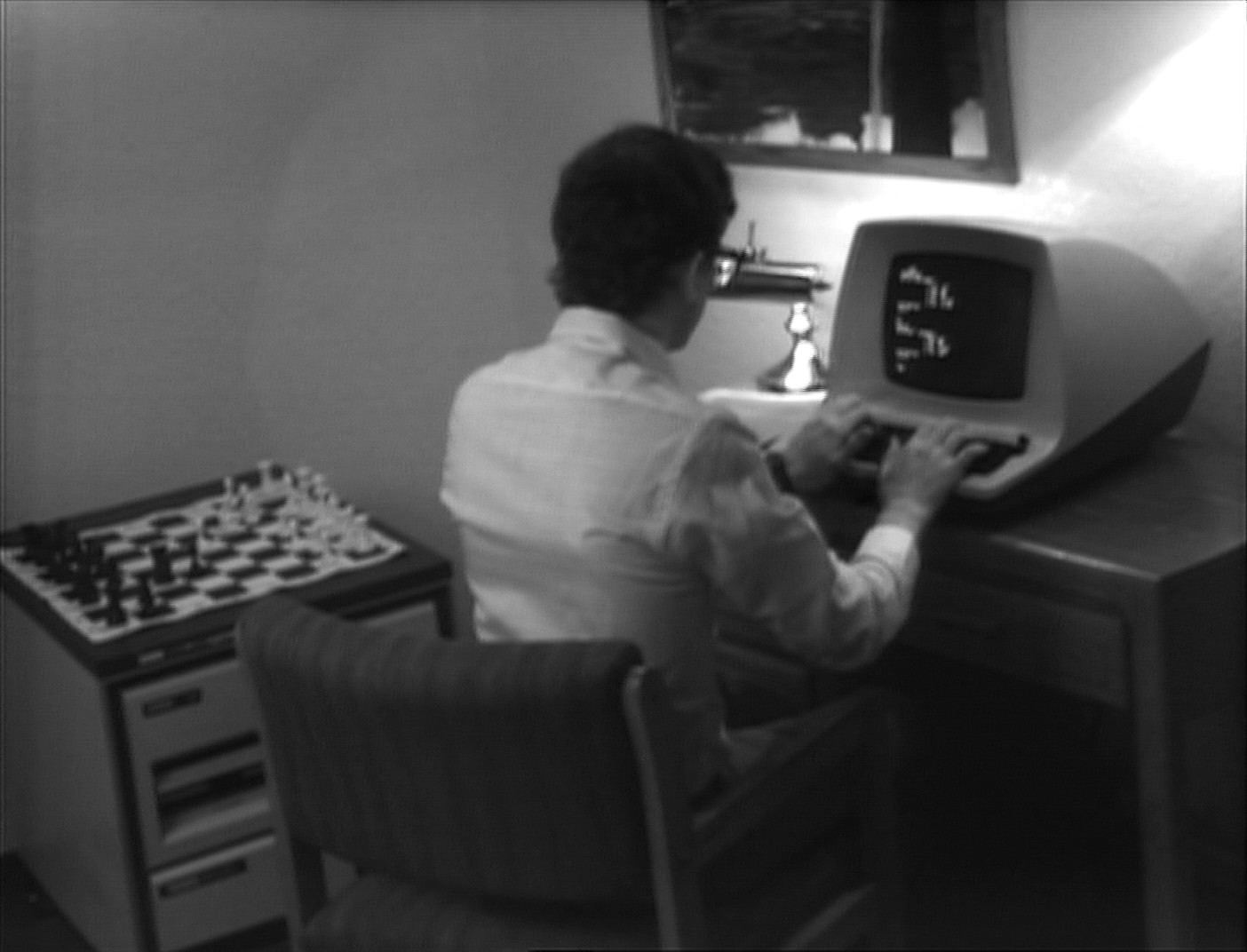 Peter, did you ever stop and ask yourself how many squares are on a chess board?
31 December 2020

In 1980, a group of nerds meet in a hotel to compete in a computer-on-computer chess tournament. At the same time, a new age therapy convention is meeting in the same hotel.

I can’t remember the last time I saw something weirder than Computer Chess. It’s so absurdly good at capturing late 70s nerdery, right down to the tiniest detail in the hotel. Bujalski shoots on old analogue cameras and also gets eerily naturalistic performances from everyone, it could almost pass off as found footage. For better or for worse it’s like seeing a real hotel conference room with a load of sweaty blokes plugging in computers.

And yet somehow through the monotony a great film emerges. There’s character development, humour and artfulness but Bujalksi doesn’t play by the regular rules to introduce these elements into his work. It’s disarming but engrossing nonetheless.

Too weird for a family night in, but if you have a spare 90 minutes Computer Chess might just grab you like it did me.

Oh yeah, this’ll be my last film of the year—Happy New Year! Even an optimist would describe 2020 as ‘utter toss’, let’s hope 2021 isn’t a complete disaster.