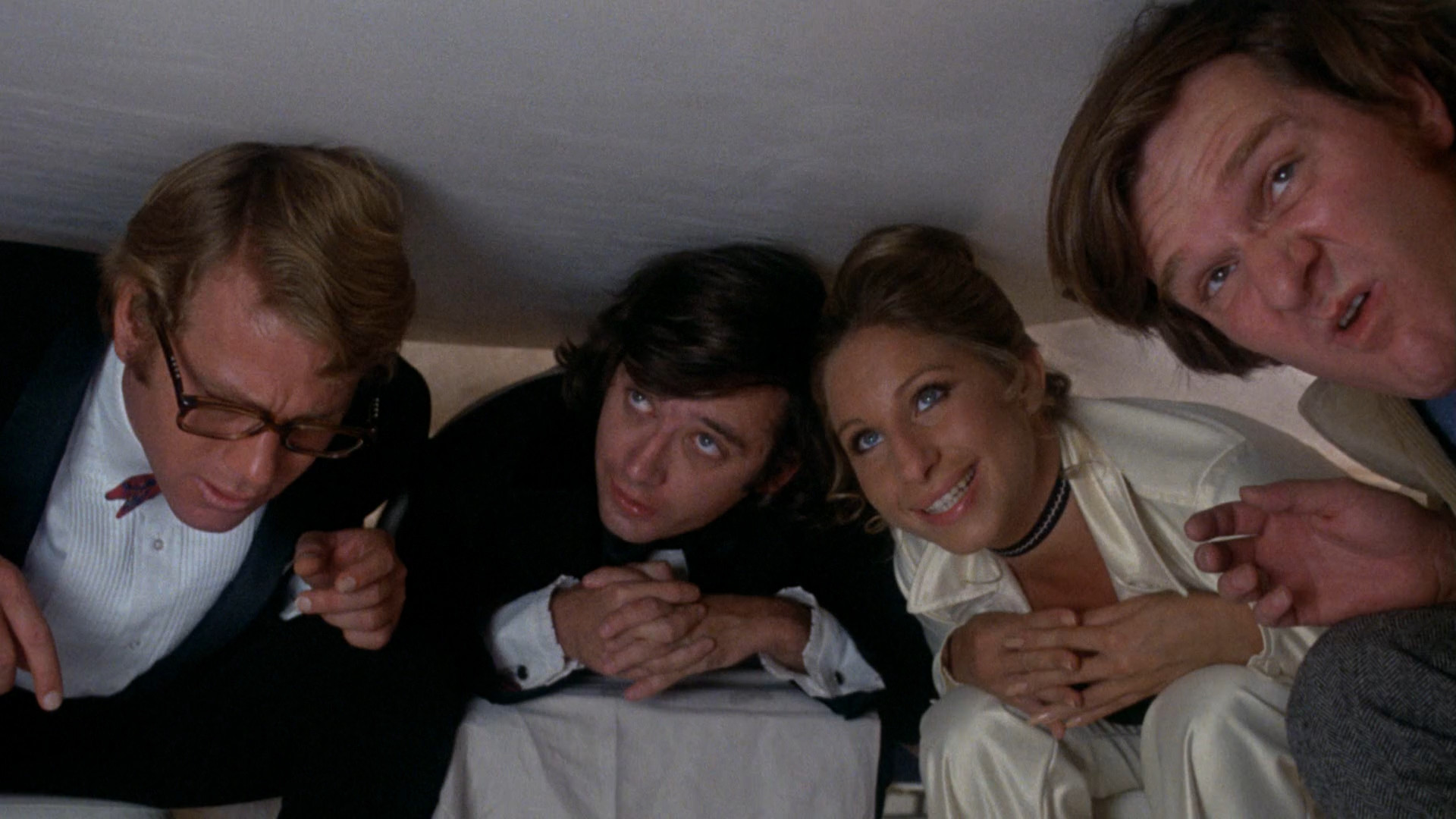 Four people in San Francisco happen to have the same type of overnight bag. Chaos reigns when they all go to the same hotel and the bags get switched. Starring Barbra Streisand and Ryan O’Neal.

This is a more modern (although now 50 years old!) take on 1930s screwball comedies, and a film that retains all of the wit and charm of its predecessors. It’s hard to watch O’Neal and Streisand without thinking of The Awful Truth or Bringing Up Baby, which is no bad thing.

This film has comedy in its DNA, it never misses a beat. The concept is funny, the execution is funny, the actors are funny and the script is funny. Bogdanovich pulls no punches, going from sharp wit to slapstick car chases at 100 miles an hour. It’s hard to keep up with the madness, and when he slams the brakes on in the closing scenes everything goes smacking into a wall in hilarious chaos.

Seek this out and watch it.