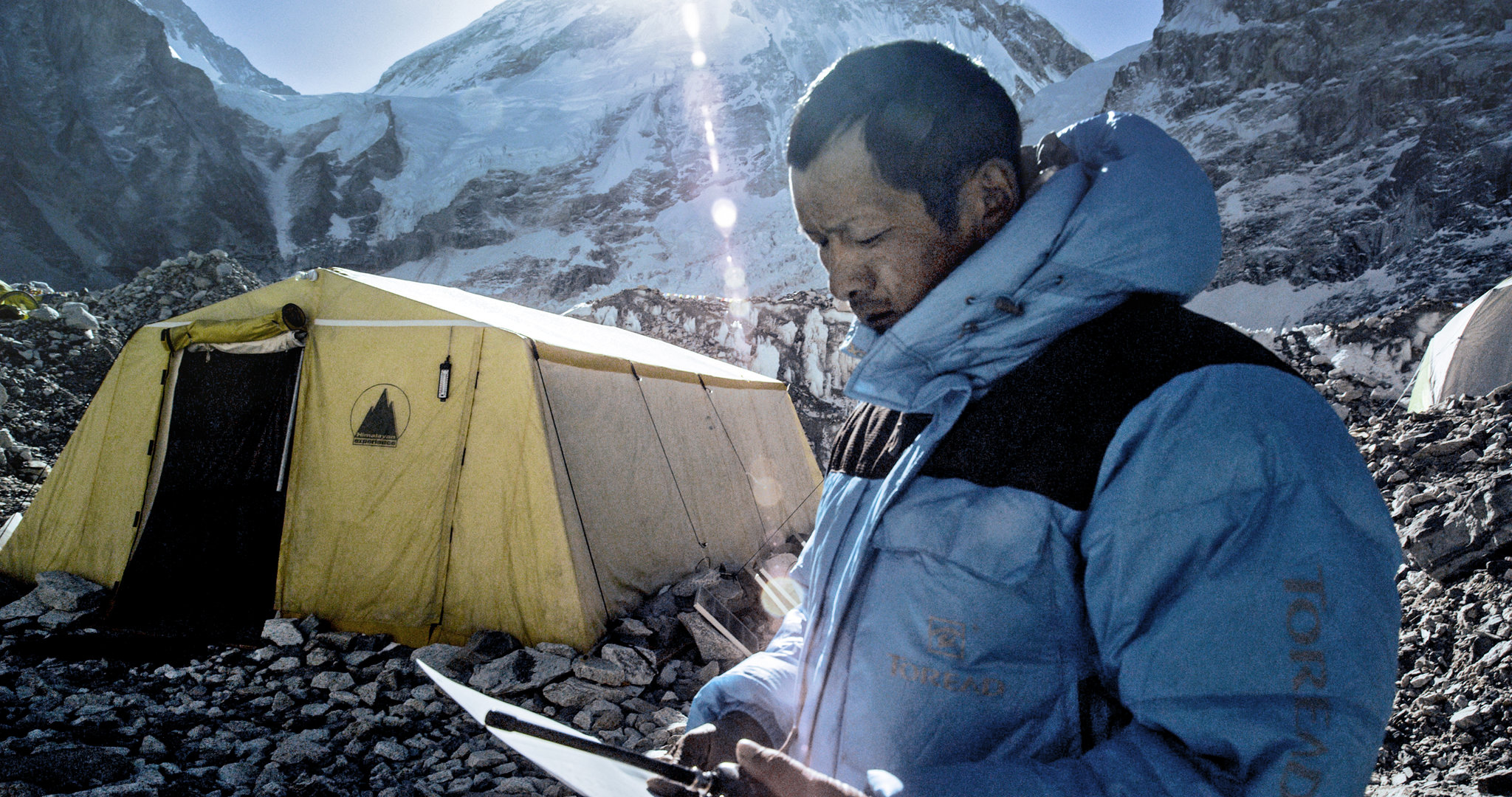 You don’t conquer these mountains. You just crawl up, as a child crawling to your mother’s lap.
19 April 2021

A documentary crew follows Sherpa Phurba Tashi, a mountaineer who frequently aids wealthy tourists on expeditions up Mount Everest. The Sherpas revolt when an ice fall kills 16 of their colleagues while preparing for the final climb.

Sherpa starts on an interesting premise, exploring the racial and social tensions between the local mountaineers and (mostly) western tourists. However, sometimes it takes being in the right place at the right time for a documentary to really hit home and that’s exactly what happened here.

The tragedy on the mountain is captured in some arresting and unforgettable footage. It’s enraging to see the complacency and cluelessness of people who are just pay-to-play climbers trying to tick something off their bucket list. At one point they try to identify who is leading the strike among the Sherpas and someone asks who their owners are. Something about Everest seems to attract awful human beings.

This is one of those documentaries that sort of confirms what you already knew. Rich dickheads pay people to exploit the poor so they can tell their mates they went up a mountain. This could have been done with archive footage, but to its credit Sherpa does the legwork and goes to Everest to make its point. An infuriating but gripping piece of work.