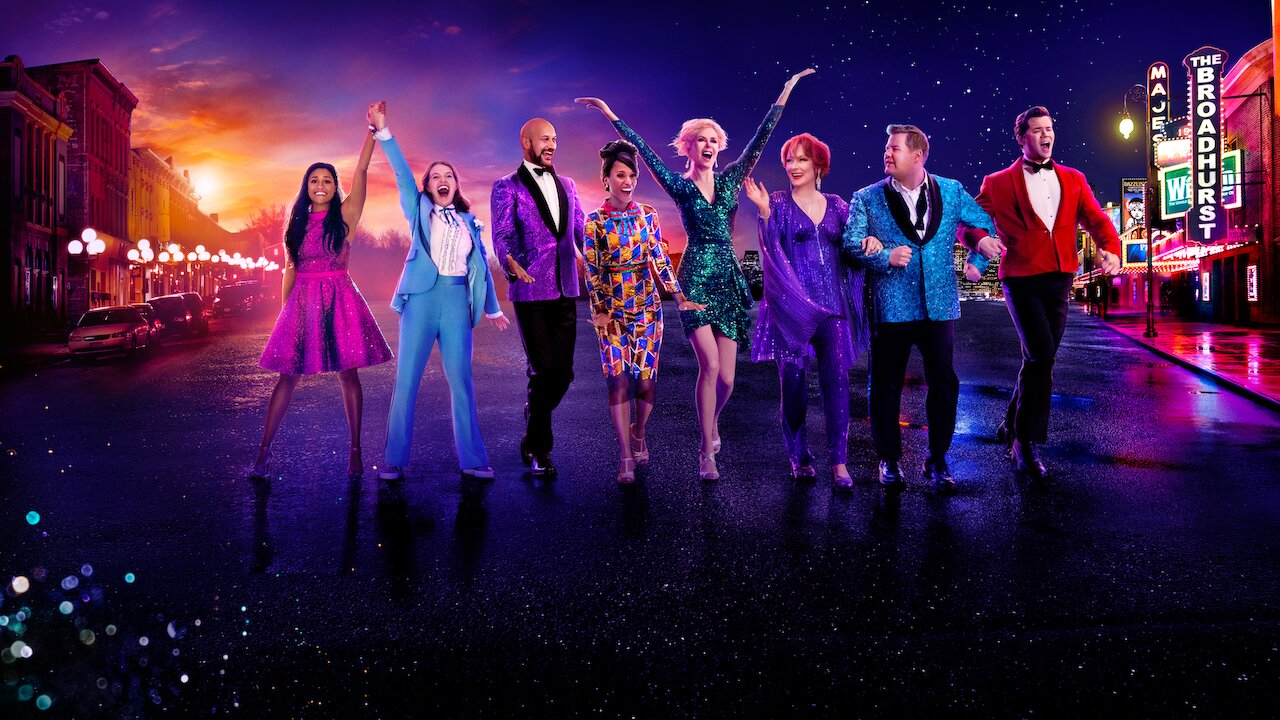 Some ailing Broadway stars (Meryl Streep, James Corden, Nicole Kidman) face unemployment as another show bombs. Meanwhile in a high school in Indiana, the parents association wants to cancel the prom because one of the girls is thinking of taking another girl as a date. The stars catch wind of this and head over to Indiana to help the girl (Jo Ellen Pellman) but primarily as a thinly veiled publicity stunt.

Yikes. What starts out as a potential satire on narcissism and celebrity posturing quickly becomes a series of broad and forgettable musical numbers about how we should love each other.

Meryl Streep is great, but James Corden steals your attention as one of the most insufferable gobshites to hit the silver screen.

Worse still, The Prom feels about 4 hours long. The songs are all first drafts. Every single member of the cast gets their own number even if it doesn’t make sense. The screenplay seems happy to promote stereotypes on all sides, surely something a film like this needs to be actively avoiding.

Did I mention James Corden is in it?