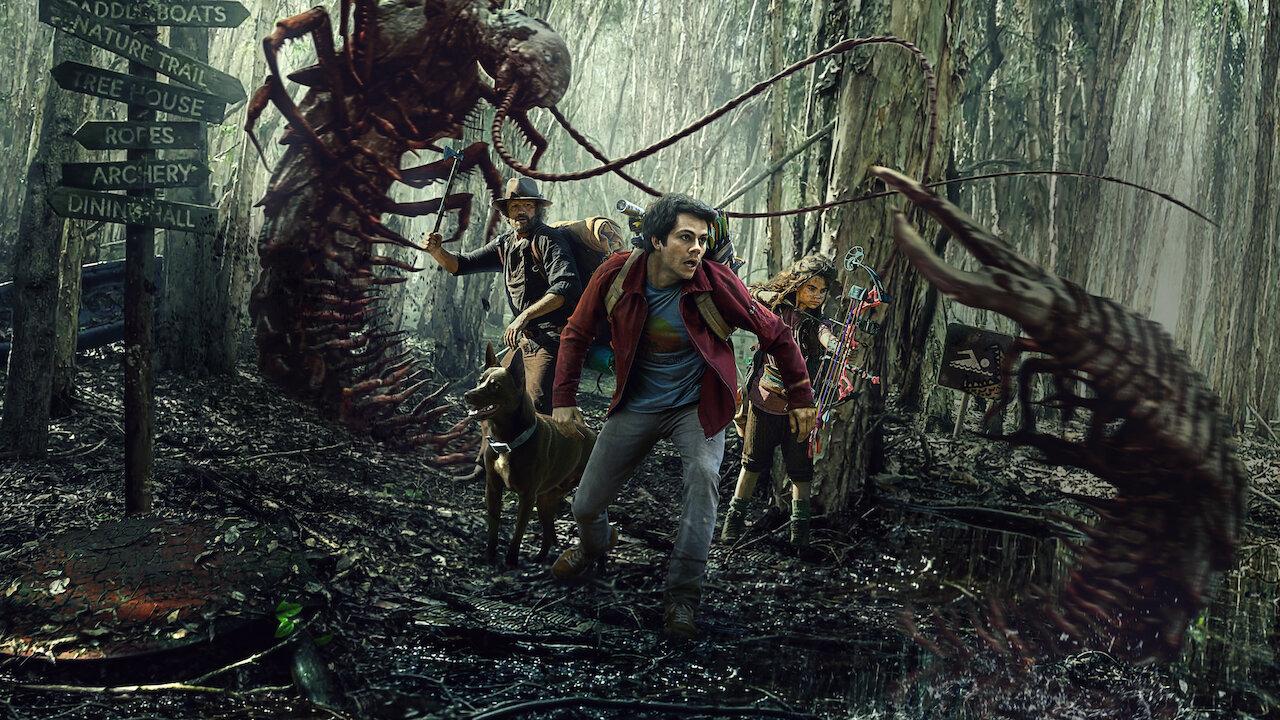 An incident results in the earth being taken over by giant creatures. Most of humanity is dead, and what remains lives underground in colonies. Seven years on our protagonist Joel finds his high-school sweetheart over the radio and decides to set out and find her for real. This involves a dangerous seven day trip overland.

This was made before the pandemic but boy did they get the timing right with its release. Everyone is stuck indoors and it’s not safe to go outside… I think we can all sympathise.

Timing aside there is something a bit special about Love and Monsters. It was made on a modest (but not tiny) budget, without A-list actors and it’s not part of an existing franchise. It’s a risky endeavour for a studio these days.

It all pays off though, thanks to a fun script and simple premise that hooks you in very quickly. Unlike Joel the film never takes a step in the wrong direction.

This is topped off by excellent VFX and cinematography. There’s a sharp, clean look to every frame that is beautiful and compelling. They aren’t afraid to show off their well rendered and creative monsters. Where most films hide behind murkiness and haze, Love and Monsters wears its effects on its sleeve. It’s admirable, and again is a risk that pays off.

This isn’t an adventure-thriller masterpiece, but I’m loathed to pick holes in it. It’s a charming and original piece of work that hopefully encourages studios to see what happens when they stop trying to make sequels.