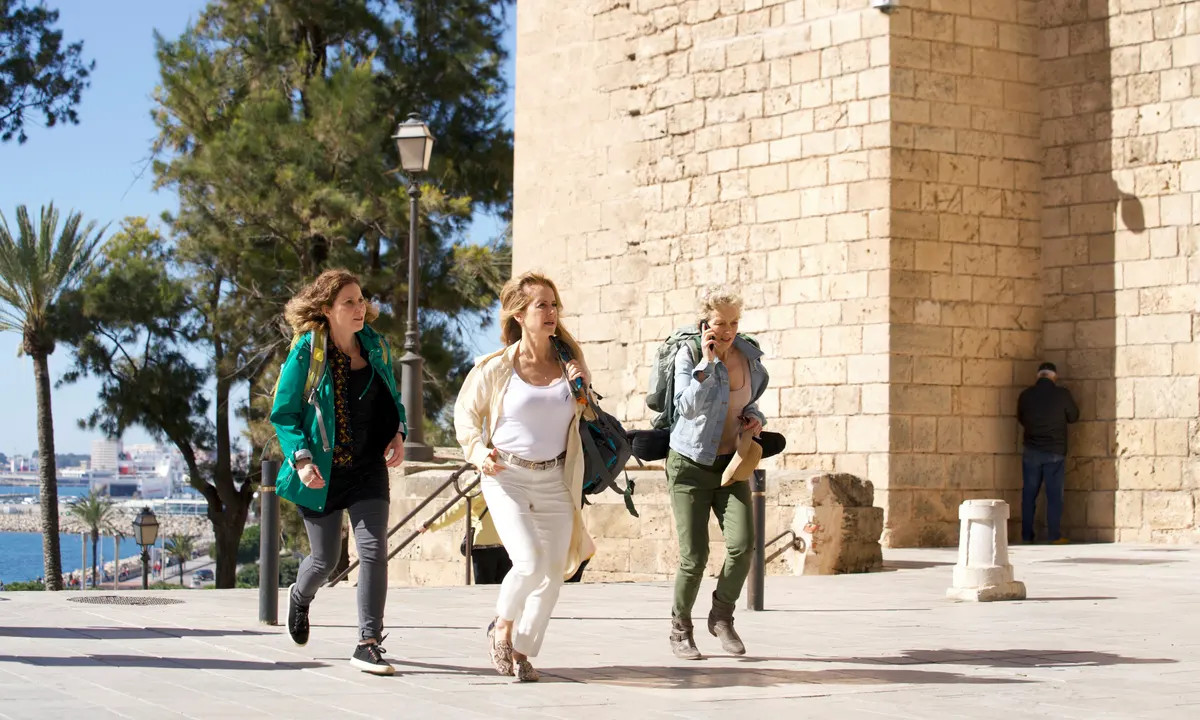 A group of women (Jenny Seagrove, Kelly Preston, Sally Phillips) go on a rail-trip across Europe with the daughter of one of their recently deceased friends.

Is “middle-aged women flouncing through Europe” a genre? It should be, because this definitely feels like a film that’s been made several times before.

We kick off with a surprisingly effective funeral scene, with Judi Dench coming in all guns blazing as the mother in mourning. It’s a stark way to open a comedy, but it turns out to be the only thing that really sticks. They then bench the Dench and set off to Paris for some hi jinks.

From that point on it’s all a bit thin on the ground, Off the Rails isn’t a particular good comedy or drama. There’s a horrific misuse of various Blondie hits. Sally Phillips is giving it her all and is the only truly engaging character, but that doesn’t really save the film.

An inoffensive and mostly pleasant film, but also painfully unambitious and contrived. Not a great last film for Kelly Preston.