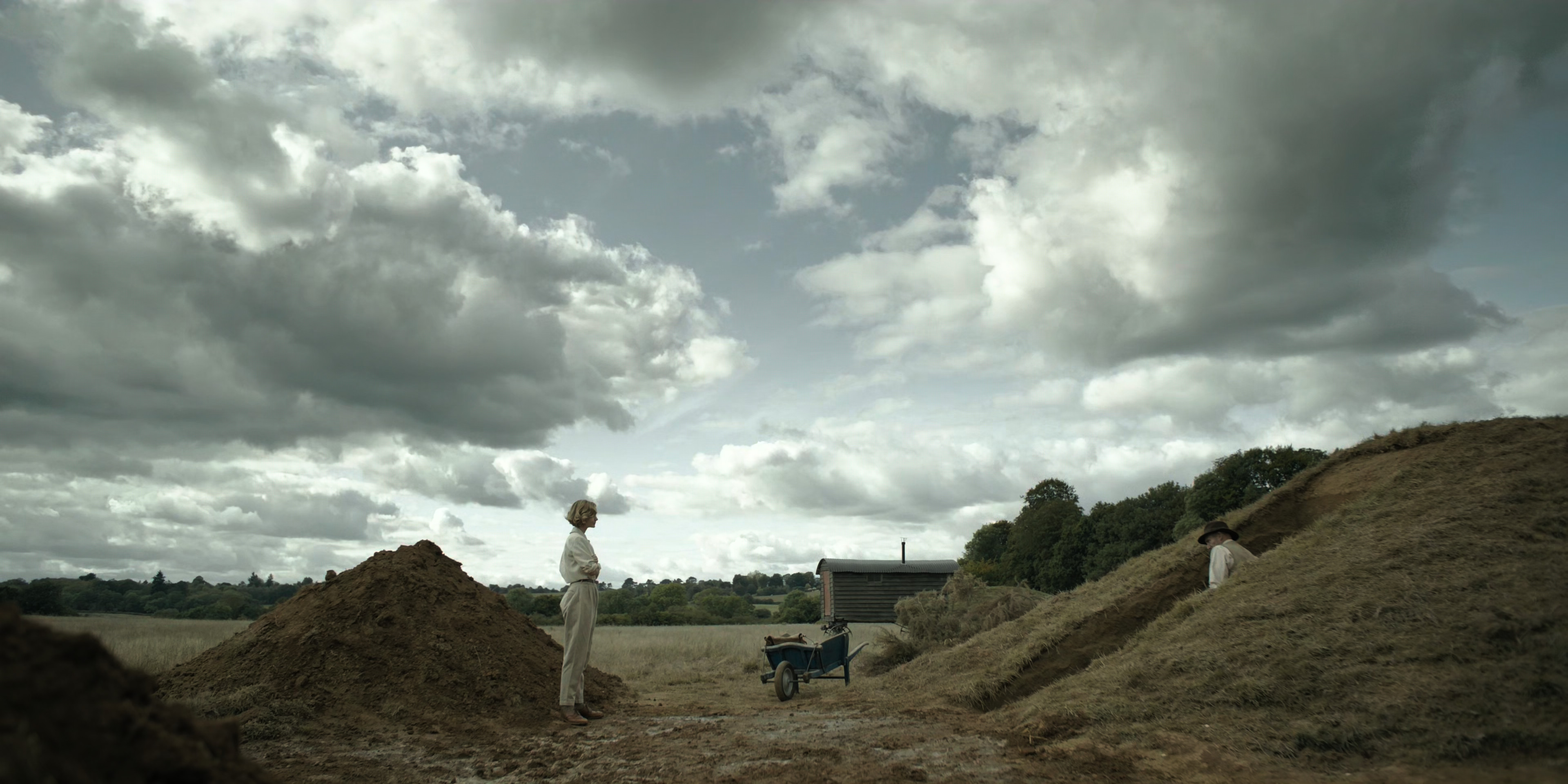 From the first human handprint on a cave wall, we’re part of something continuous.
29 July 2021

A dramatic retelling of the archaeological dig at Sutton Hoo in 1938/9, which uncovered a large hoard of Anglo Saxon treasure (and the traces of a ship) in a burial ground. Ralph Fiennes and Carey Mulligan star.

You’d be forgiven for thinking that a film about digging might be a tedious affair, and The Dig often is, but the two great lead actors save it from getting completely buried. Carey Mulligan proves time and time again that she can make anything work, even hobbling around watching people with trowels.

The Dig carries a lot of dead weight in its aimless and meandering side-plots, and this is what slows the film almost to a halt. Lily James plays someone involved on the dig, but she seems to be there solely to play out an awkward romantic angle to the story.

A well-shot, well-acted film that is a little too restrained and has no surprises in store whatsoever.