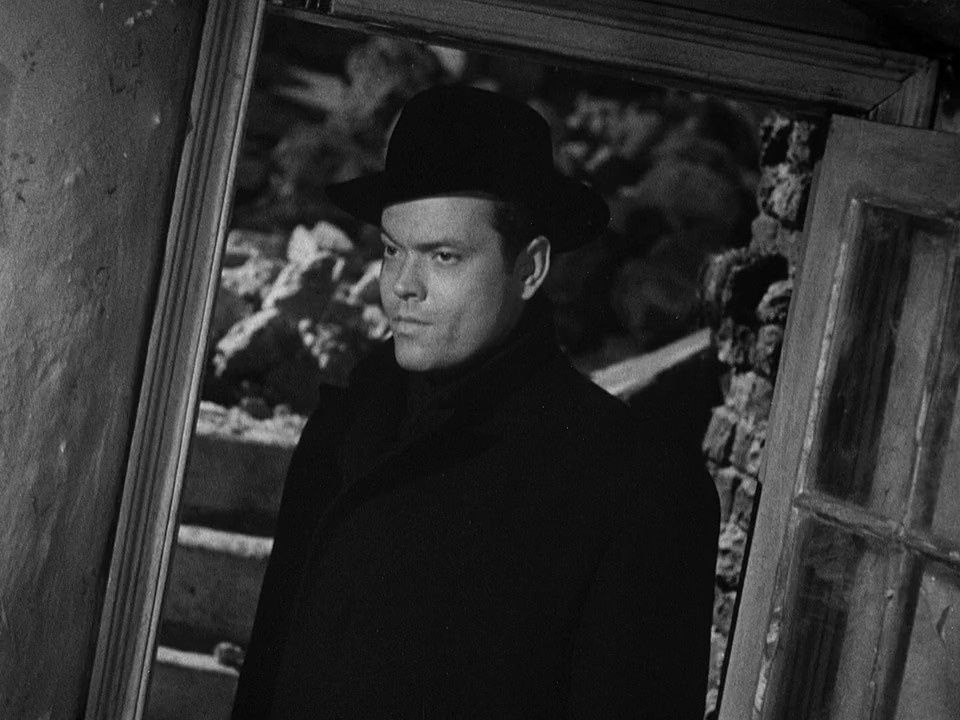 The dead are happier dead. They don’t miss much here, poor devils.
18 August 2021

American writer Holly Martins (Joseph Cottens) arrives in Vienna to meet a childhood friend who has offered him a job. Upon arrival he is told that his friend has been killed by a car while crossing the road. Martins smells a rat and takes it upon himself to get to the truth about his friend’s death.

Postwar Vienna was divided between four powers: France, the UK, the USA and the Soviet Union. The Third Man dives into the seedy underbelly of the delicate arrangement in the city at the time. Everyone is trapped in their own little world, so contraband and forgeries are king.

Carol Reed sucks you into his ugly vision of a broken city through powerful, inventive direction. It’s repulsive and irresistible. All this in service of a great script and unforgettable performances.

This was another film shown outdoors in Tudor Square, Sheffield. Again, to see such an atmospheric masterwork blown up on the big screen was a real treat; the closing scenes in particular were absolutely transfixing. As the film went on night time began to descend upon us, adding to the drama.