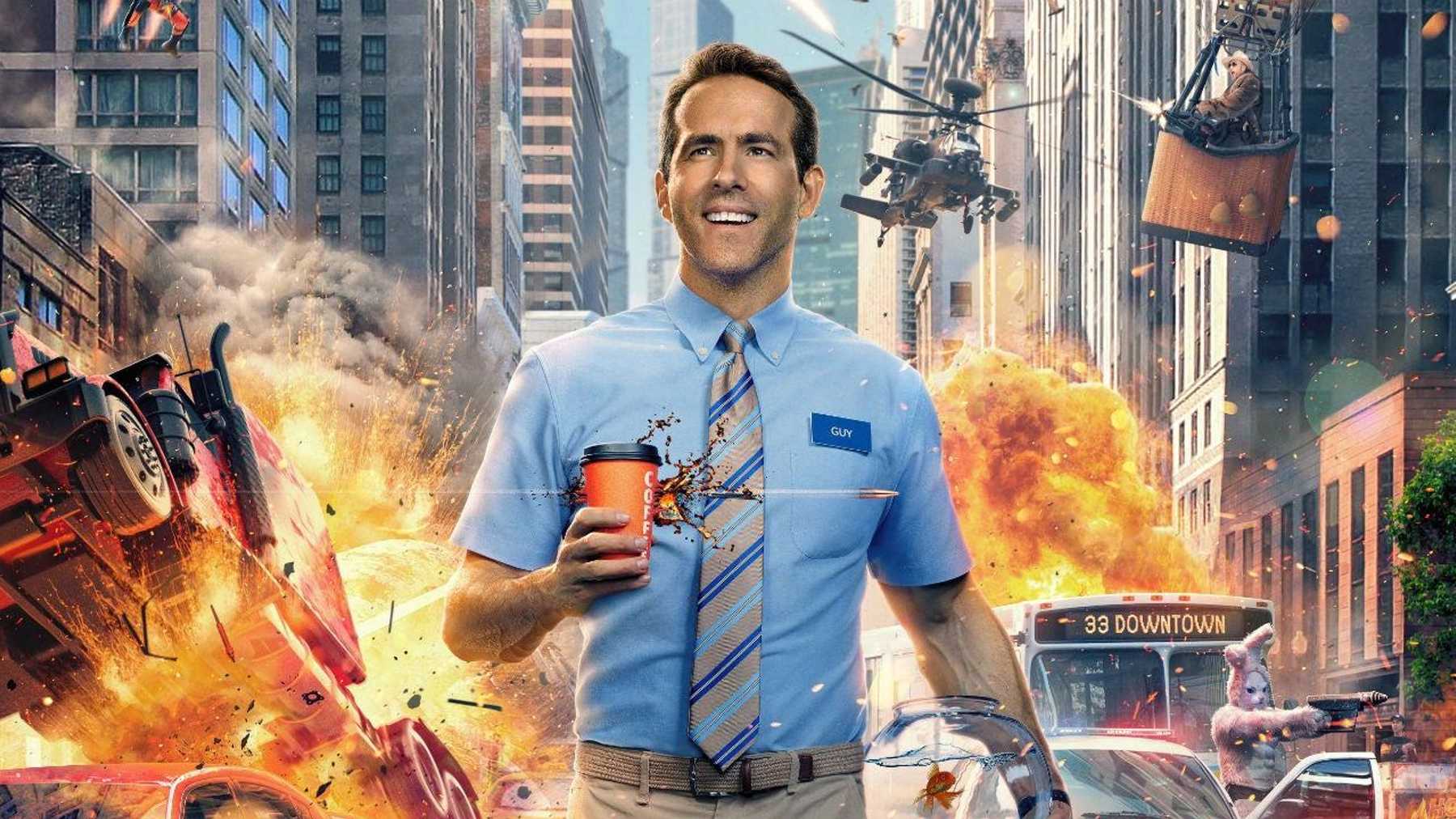 Guy, a non-player-character (Ryan Reynolds) in a brutal open world computer game becomes self-aware and realises his entire world is a simulation. He meets the girl of his dreams—Millie, a real player (Jodie Comer). Millie is trying to find a secret inside the game that proves the developers stole her code, and enlists Guy’s help.

I like a high-concept studio film but it seems like this idea was wasted on Disney, who take a fairly interesting premise (fundamentally, it’s about a machine that has accidentally passed a Turing Test) and turn it into a bland piece of popcorn fodder chock full of stale gamer stereotypes and awkward references to other Disney franchises.

The irony of a Disney film trying to tell us to shun large corporations who hoover up original ideas seems to be lost on the film makers.

Free Guy is not without its charms, it’s a fun end of summer comedy, but its cringeworthy attempts to garner gamer-cred and complete refusal to explore its own premise make it instantly forgettable.