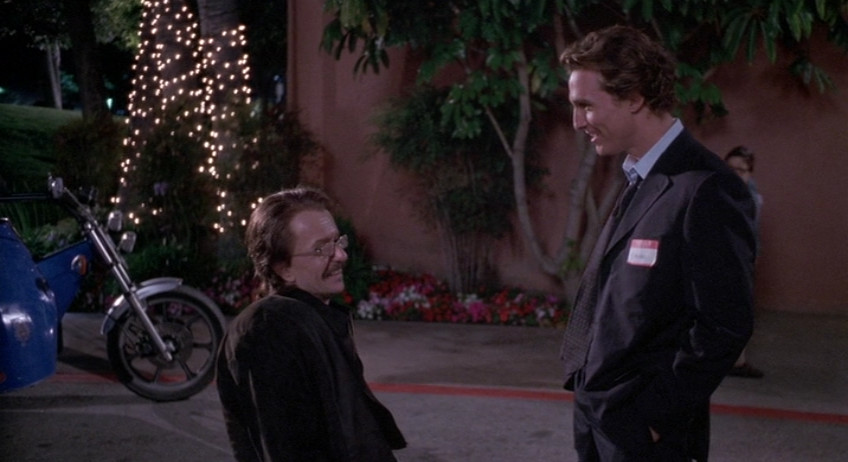 So you had a circle jerk with a bunch of little people? I would love to see that!
26 October 2021

A woman (Kate Beckinsale) gets pregnant with her fiance (Matthew McConaughey), only to find out that the rest of his family are dwarves. She now has to face the possibility that her future child might suffer from the same condition.

It should be noted that Gary Oldman is in this and he not only is supposed to be a dwarf (he literally walks around on his knees throughout the film), but he’s supposed to be Matthew McConaughey’s twin brother despite being (and looking) 11 years older.

A “so bad it’s good” sort of film; in part because of the crazy premise but mostly because it’s a complete dog’s breakfast, particularly as the story wears on. It all ends so hilariously abruptly that it’s unclear what happens to McConaughey’s character, or even to the baby.

The story goes that there’s a much longer director’s cut out there and it was destined to be quite a serious film before the studio hacked it down into a rom-com. This shows because it’s mostly quite sincere and po-faced in tone and many scenes just don’t fit into the story arc at all.

Worth a look to see just how badly things can go wrong in Hollywood.