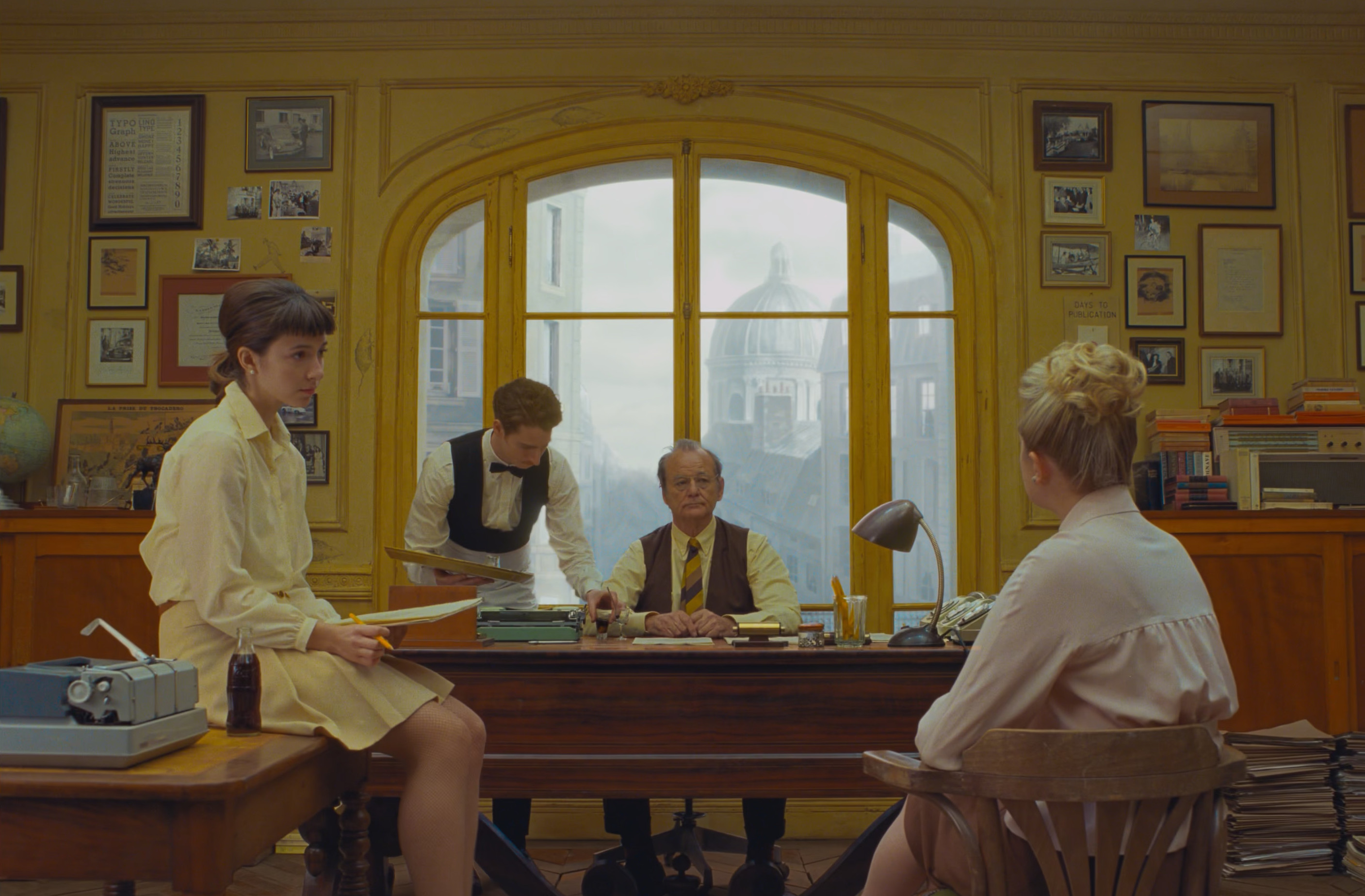 A series of vignettes, each recounting a story from a French-based American newspaper - The French Dispatch.

The anthology format is a tricky beast to tame. It gives the film-maker a chance to branch out in different creative directions without the film becoming an incoherent mess—usually at the expense of plot, character development and emotional investment.

I’m not sure Wes Anderson has managed to overcome these challenges in The French Dispatch despite setting all his stories in the same town (the fictional Ennui-sur-Blasé), and tying it all together with a magazine editor (Bill Murray) overseeing the stories and trying to put out the next issue.

It probably doesn’t matter when you are Wes Anderson and you can conjure up scenes and images like seemingly no one else can (or perhaps no one else wants to). With only a thin thread holding the film together it’s all a bit style-over-substance and verges on self-parody, but when the style is so charming and original it’s hard to care about the substance.

Anderson has also gained magical casting abilities—the list of incredibly talented actors runs too long to print here. Somehow he talks people like Christoph Waltz into doing two minutes on screen, and somehow it never feels like a waste.

I doubt this will be remembered as his finest work, in fact I suspect some might find it overly self-indulgent and irritating. I can sympathise. However, for me The French Dispatch manages to get the right amount of food on the plate for each course, and ends leaving you wanting just a little more.