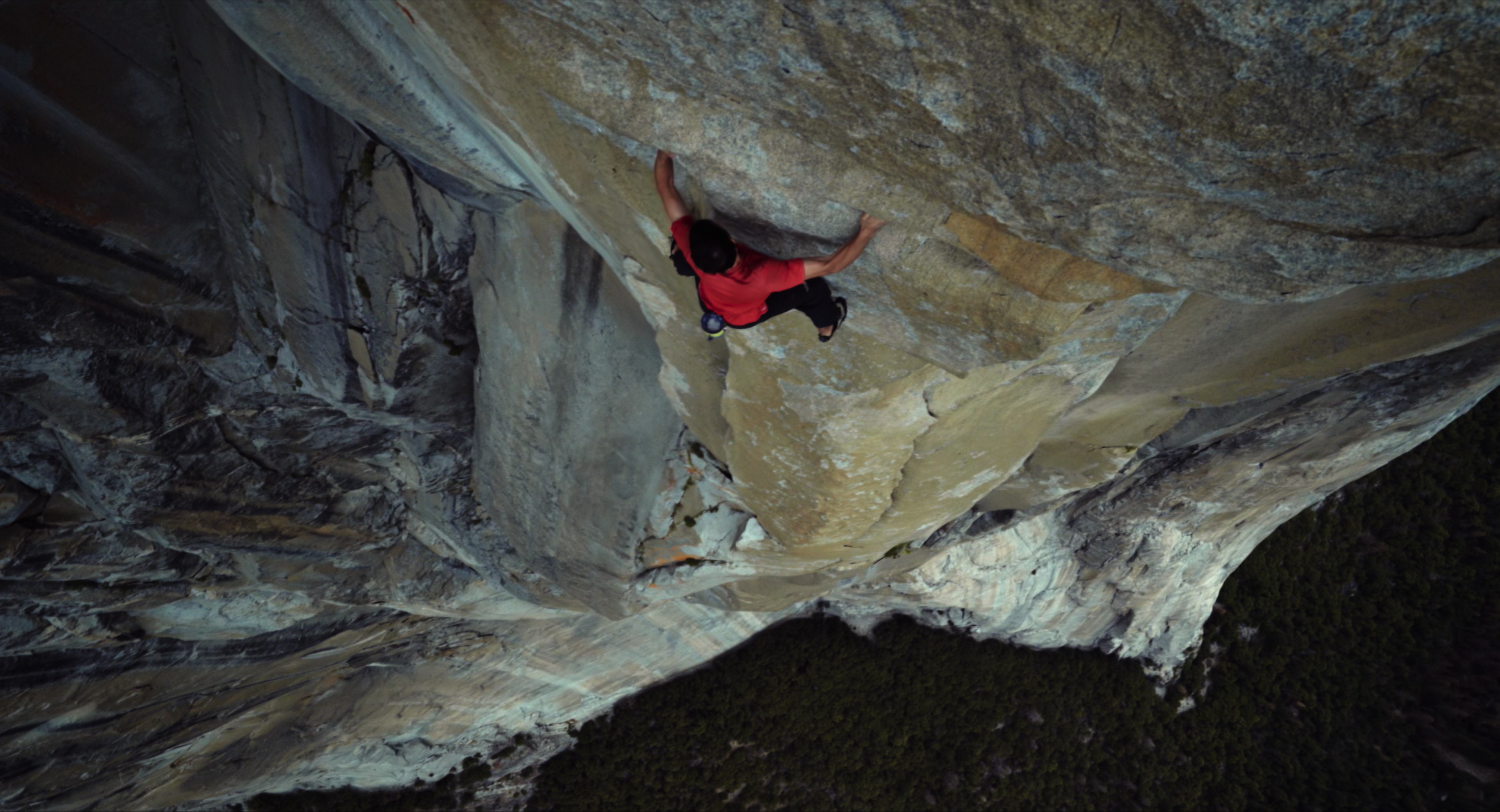 A documentary following Alex Honnold, a rock climber known for his ‘free solo’ climbing—the practice of ascending a rock face without ropes or any safety equipment. He wants to be the first to free solo up El Capitan in California, a 2km monster of a wall.

To what lengths would you go to capture never before seen footage? Free Solo is undoubtedly spectacular but I find it hard to shake the feeling that by filming Honnold hanging by his fingertips a mile off the ground, the film makers are also committing to filming his death, should it occur. The stakes are simple—he lives or he dies—and there’s very little else driving the film forward.

It’s impossible to deny that this makes for a thrilling documentary, and there are some real technical achievements on show here. They capture a dizzying sense of scale when on the mountain which is often lost on camera, along with a clear idea of the risks involved with every move. You get a distinct sense of just how thin the margin of error can be.

An absolutely captivating and remarkable piece of work, even if it does spark an uncomfortable ethical debate.