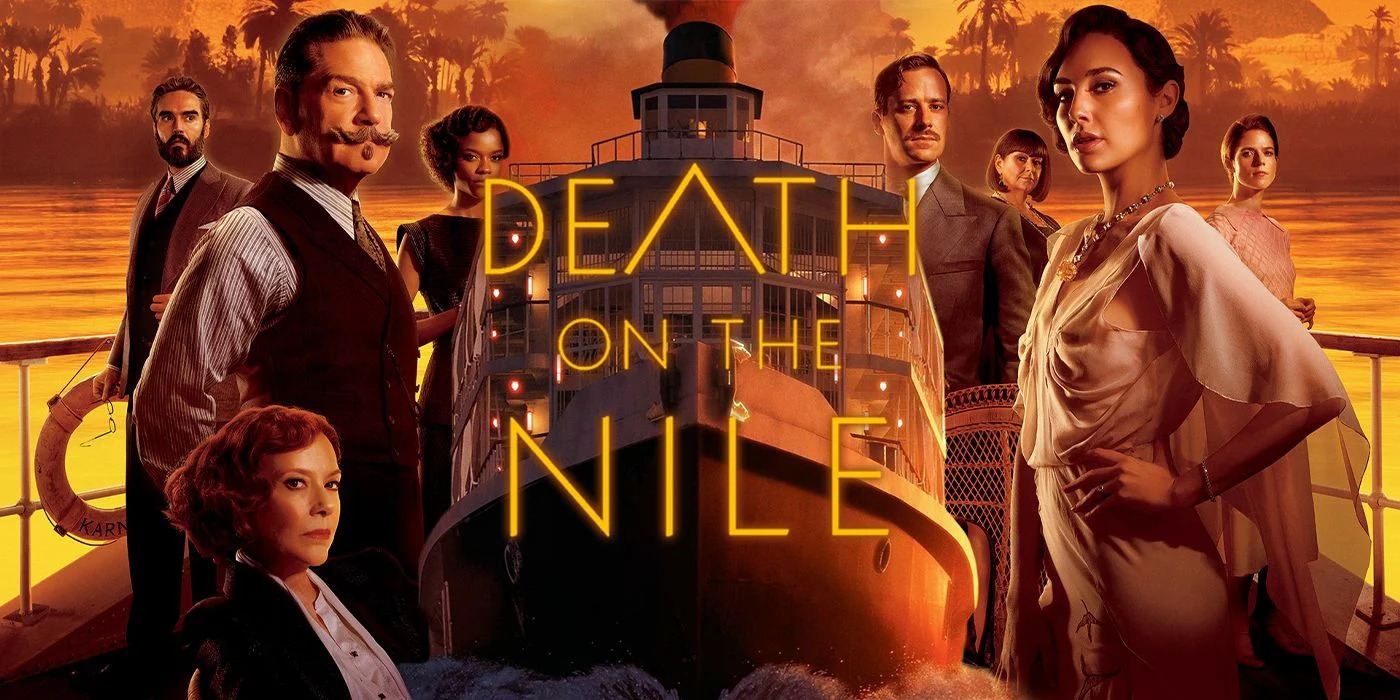 Death on the Nile

Another take on the Agatha Christie classic. A series of murders occur on a boat on the Nile. Luckily famous detective Hercule Poirot is on board.

Kenneth Branagh is back with this second Poirot film after the moderate success of Murder on the Orient Express. While this has double the budget, it was misplaced. We open with a needless (but well executed) WWI trench scene before cutting to terrible green screen on the Great Pyramids and a boat that doesn’t even remotely look like it’s going down a river.

That’s not the film’s only problem though. The all-star cast worked in the first film, yet here most people are miscast and out of place. Gal Gadot is terrible in this, but Armie Hammer, Russell Brand, French & Saunders, Annette Benning, Rose Leslie et al. also feel really awkward. Emma Mackey is the only person who really shines.

Add to that a lacklustre script with some ill fated attempts at jokes from Poirot himself and you’ve got a wholly unremarkable murder mystery.