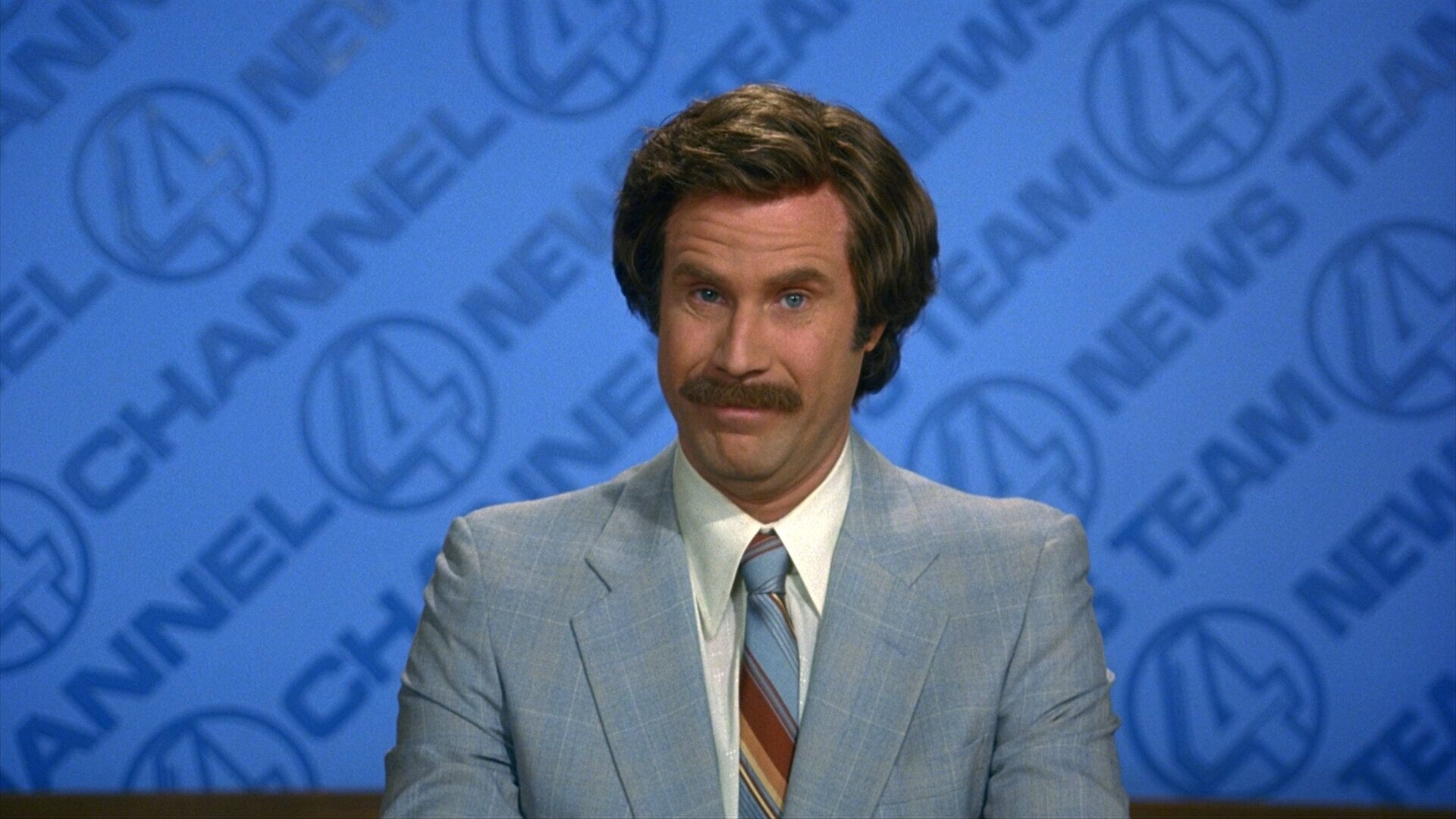 Anchorman: The Legend of Ron Burgundy

Something about Anchorman cuts me right to the core every time. There’s funny little lines and gags in every corner, always waiting to be rediscovered.

My favourite this time was Fred Willard’s ongoing woes with his son over the phone:

Put down the gun, and let the marching band go. We’ll play it off as a prank.

I have no idea where he would have gotten ahold of German pornography. But you and I are mature adults; we’ve both seen our share of pornographic materials. Oh, you never have? Of course you haven’t, how stupid of me. Neither have I. I was just speaking in generalities. Right. I’ll stop by the school a little later, Sister Margaret. Bye.

It seems that our youngest, Chris, was on something called “Acid,” and was firing a bow and arrow into a crowd. You know how kids are!