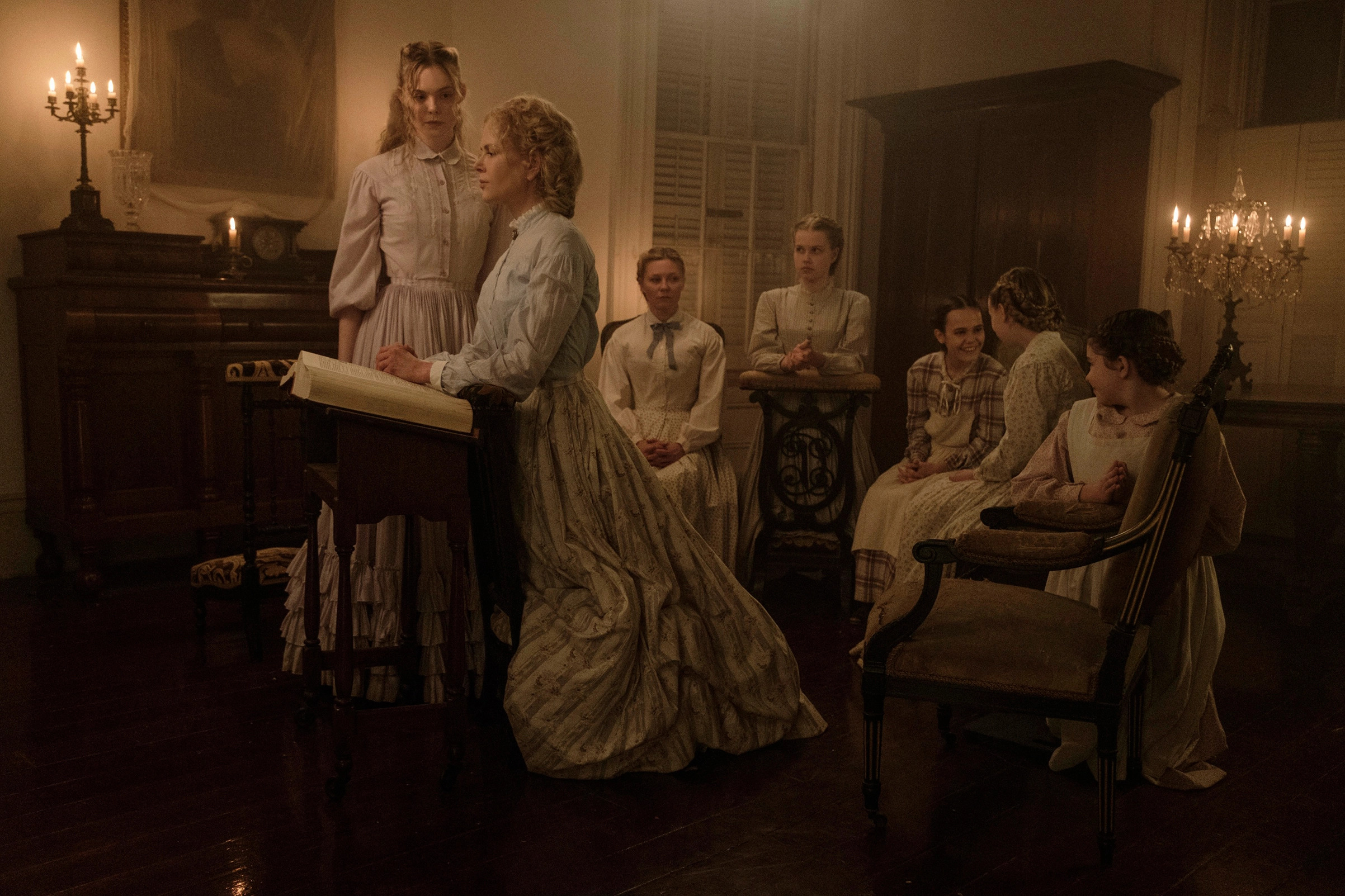 You’re our most unwelcome visitor, and we do not propose to entertain you.
11 May 2022

In the American Civil War, an injured enemy soldier (Colin Farrell) is taken in by a girl’s boarding school in the south. They allow him to stay and recuperate before planning to turn him over to the confederate soldiers. He ingratiates himself to girls and women of all ages, but soon it becomes clear that a male presence in this close quarters environment has shaken things up more than they’d like.

This is a stuffy, sweltering tale of inappropriate lusts and desires set in the pressure cooker of a girl’s school surrounded by fighting on all sides. Coppola creates real tension from the mundane, revelling in every line of her script.

It’s incredibly precise (and concise) in its construction. We never get bogged down in clumsy exposition or fruitless character development—if anything perhaps they trimmed a little too much fat off the story. Better this than the slightly too long Clint Eastwood version which to my memory tracks closer to the book. This version loses a few plot points yet manages to better cut to the core of the story.

Another hit from a talented and versatile director.