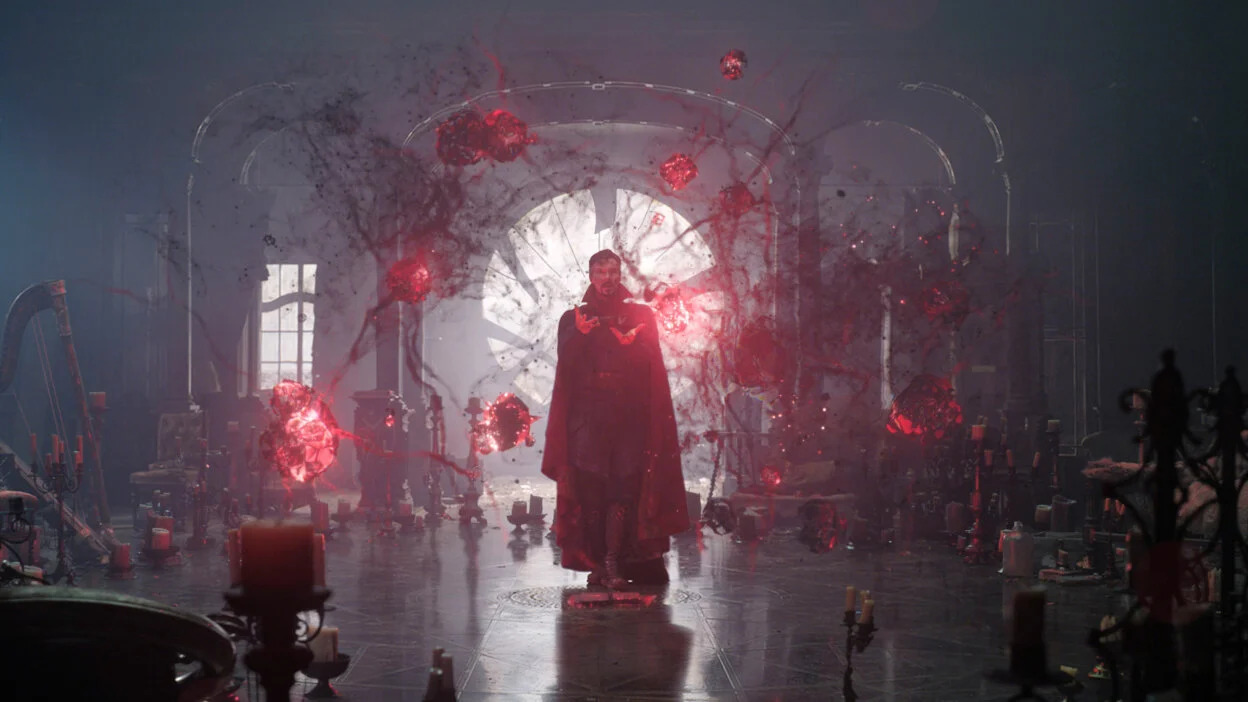 Doctor Strange in the Multiverse of Madness

Just because someone stumbles and loses their way doesn’t mean they’re lost forever.
22 May 2022

Doctor Strange is back! And this time he’s even stranger!

Think of a film you like, any film, then think of your favourite character from that film. Kapow! By the magic of sheer purchasing power we have managed to cram that character into our latest Marvel superhero thing—even if it doesn’t make sense! Oh look kids, it’s Miss Moneypenny!

It’s cool that Sam Raimi is back to direct but they seemed to let him come up with about four scenes in the film before reverting back to their Marvel™ style. Plus, I don’t know if the Evil Dead references were his or not but those were ill-advised.

Anyway perhaps the same old stuff isn’t such a bad thing, these films are all well put together and always go through some serious contortions to paper over potential plot holes. There’s some cool visual shit going on, some very talented and attractive people on-screen, and it all roughly makes sense in the broader context of the 58 films and 12 TV shows in which it sits.