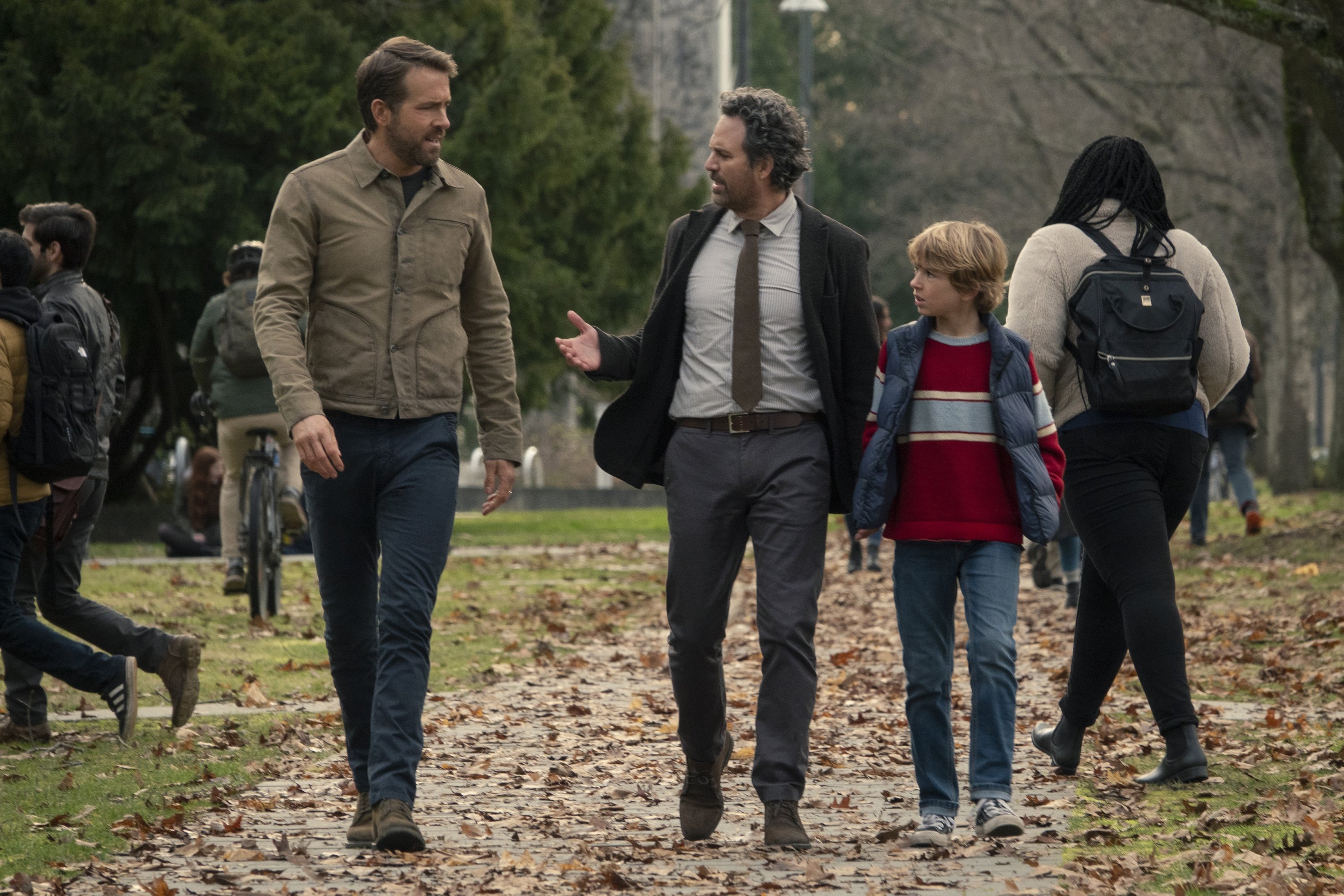 A man (Ryan Reynolds) goes back in time to stop his father (Mark Ruffalo) from inventing time travel. In a minor error while setting up the time jump, he encounters himself as a child (Walker Scobell).

I wonder if Ryan Reynolds is stuck in some sort of time loop where he is doomed to keep producing the same film with the same snark-with-a-heart-of-gold sense of humour over and over.

Well you’d better like it because here Ryan’s also got a kid version of himself that delivers the same gags ever so slightly worse. It’s all reasonably quick-witted fun yet somehow devoid of any actual laughs.

This is a film that’s been stuck in development hell for ten years, so I suspect Reynolds’ brand of humour was awkwardly crowbarred into a script built around a Spielberg-style story about family and grief. The Adam Project still wants that but also wants to be something completely different.

There’s no excuse or explanation for Catherine Keener’s deeply strange CG ‘younger self’. She has been in films for decades now, could they have not made it look even remotely OK? Why not just use another actress?

Anyway I’d give this one a miss unless you are really scraping the barrel for easy-to-watch stuff.