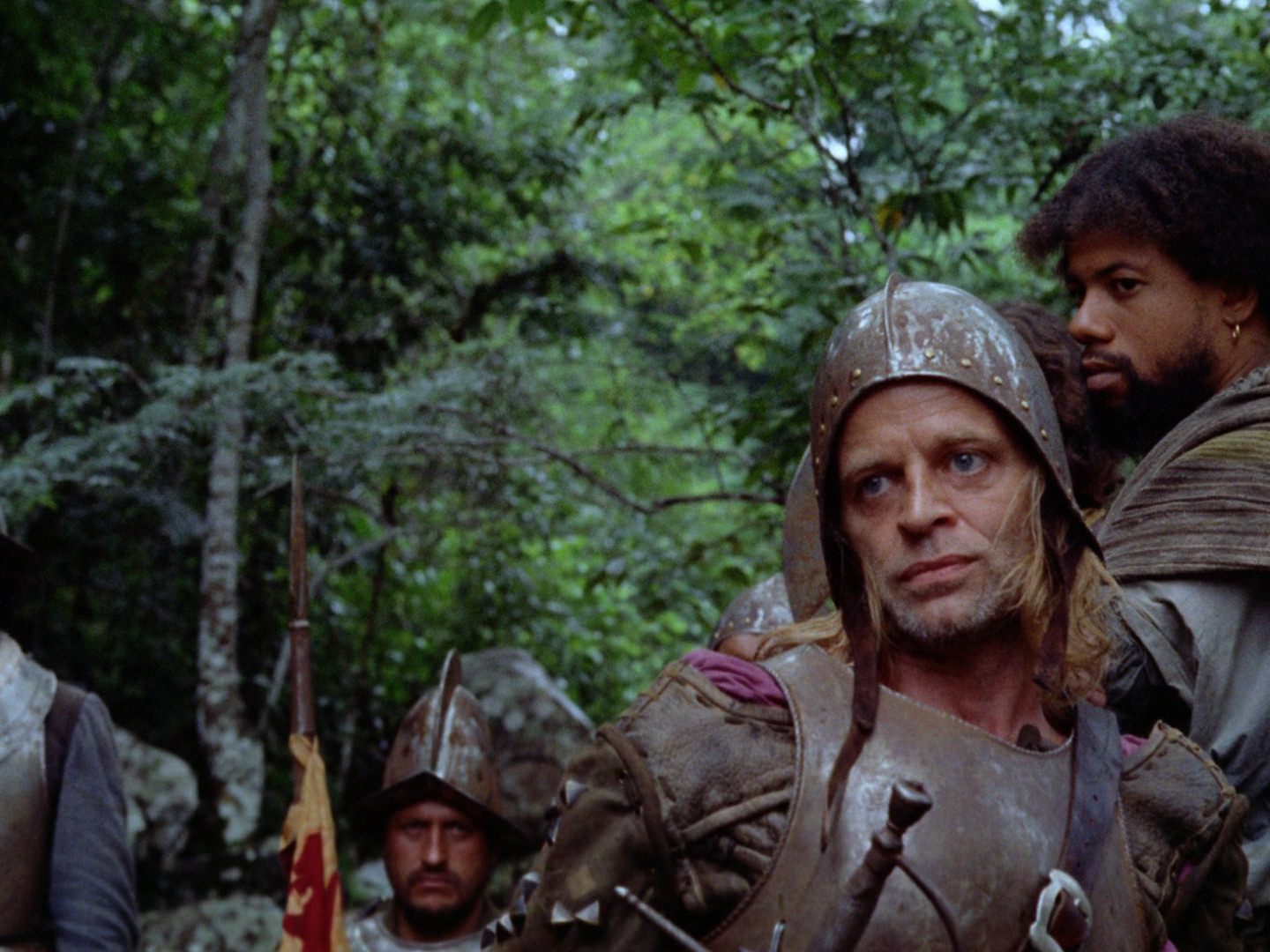 Aguirre, the Wrath of God

What is a throne but a plank covered with velvet, Your Majesty?
31 August 2022

A group of conquistadores head down the Amazon in search of the legendary city of El Dorado.

A biting satire on the hubris and cruelty of colonialists.

Herzog’s balls-to-the-wall documentary style feels real and dangerous. Perhaps it even takes you out of period from time to time. However, there’s a sense that even though these are just actors in costume they are doing what the invaders would have done and taking many of the same risks they would have taken. It’s thrilling and today would be forbidden, which only adds to the tension.

There’s little more I can say about one of the most critically acclaimed films ever made. It takes maybe five minutes to get on its wavelength but once you’re there it’s an enthralling and unusual slow-boat ride into madness.