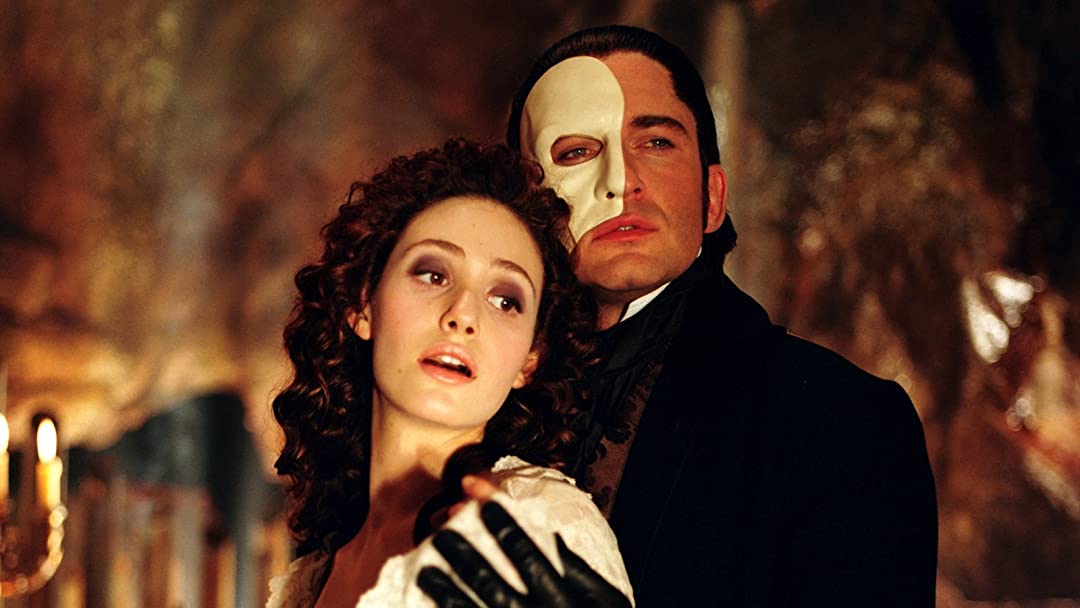 The Phantom of the Opera

Sing once again with me our strange duet.
04 September 2022

A disfigured musical genius (Gerard Butler) lives beneath the Paris Opera House. He becomes fixated on a young soprano (Emmy Rossum), and jealous of her lover (Patrick Wilson). An adaptation of the 1986 musical.

I remember this being much derided at the time, but it seemed crazy to me to chastise an adaptation of a musical for being ‘over the top’.

Anyway Joel Schumacher’s Phantom is way way over the top. It’s not quite as exhausting as Baz Luhrmann’s work but there’s a campiness and relentlessness here that initially grabs you then loses you half an hour from the end. There are only so many reprises of musical themes you can take before things become monotonous.

There’s a lot to like though. If they’d made this today it’d be shot 90% on a green screen, but in 2004 it was easier to just build sets and use practical effects. It’s showy, elaborate, not completely polished but generally quite beautiful to watch. Back then of course it was the norm for Hollywood, now it’s the reserve of only the biggest productions.

The other revelation is Emmy Rossum. Now known for the US version of Shameless, it seems astonishing given her excellent performance here that she didn’t become the next Disney princess. Perhaps that was a conscious choice.

I can see why some people had an allergic reaction to this on its release. However, in 2022 it’s refreshing to see films that haven’t died at the hands of a focus group. Schumacher picks a tone, picks a style and takes it as far as he possibly can.

At the time we didn’t know we had it so good.