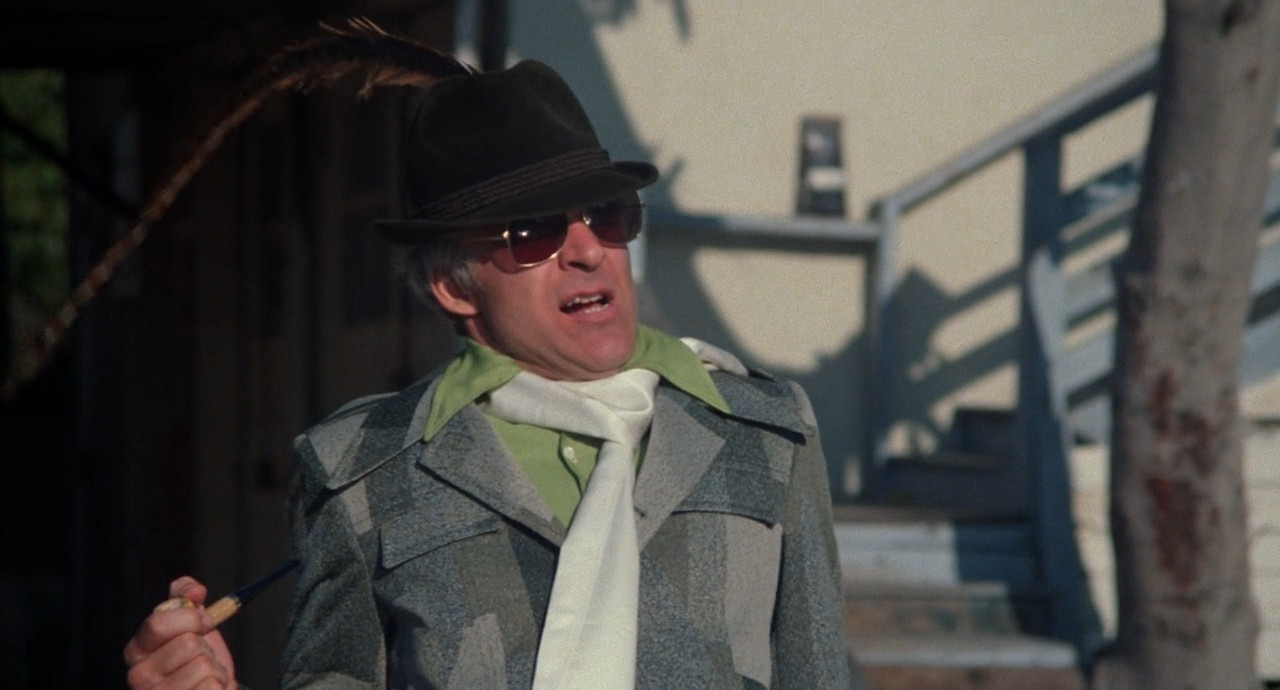 Navin R. Johnson, a man who’s lived a sheltered life in the country (Steve Martin), moves away from home. His cluelessness gets him into various awkward situations.

This is an avalanche of jokes of all shapes and sizes, and they all land really well. Steve Martin makes the film, getting comedy gold out of what could have been a clumsy and offensive character.

The plot just sort of freewheels along, with comedy as its only guide. Things happen to Navin because they are funny and The Jerk takes off in unlikely directions as a result. There’s a story arc but Reiner drifts away from it so often that we lose sight of where we came from. He almost runs out of time at the end and the final wrap-up is absurdly brisk.

This carefree attitude might seem self-indulgent but The Jerk shows that in the right hands you can make something hilarious, memorable and bursting with creativity.