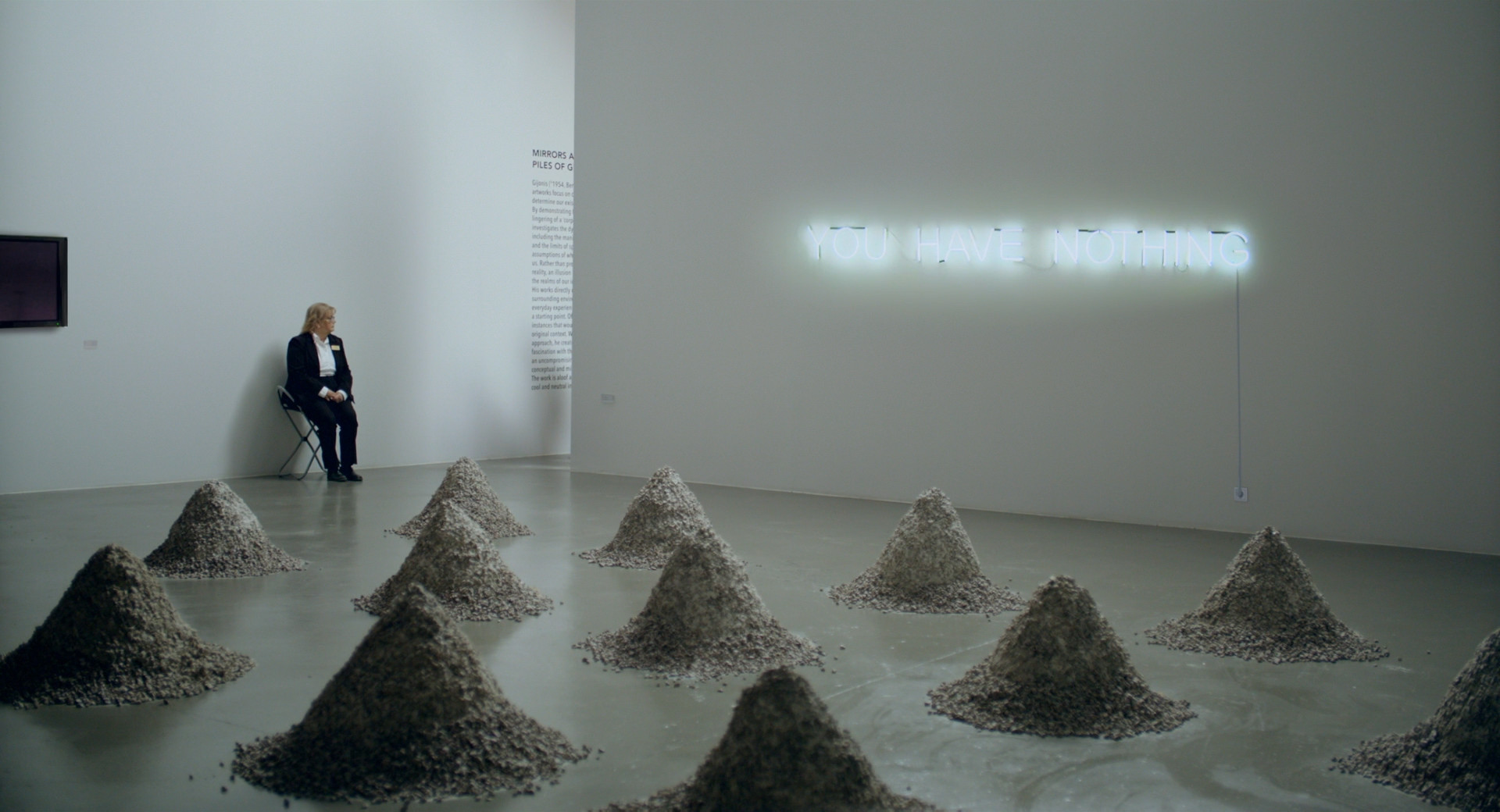 If you place an object in a museum does that make this object a piece of art?
08 December 2022

An curator at a Swedish modern art museum (Claes Bang) struggles to organise the launch of the latest exhibit, The Square.

Having just watched and enjoyed Triangle of Sadness I felt like it was perhaps a good time to watch another Ruben Östlund film.

It’s a scatching satire of the art world, quite effective in how awkward and funny it is but also lacking in much self-awareness. At 2h30m long it feels absolutely interminable, with its cohesive story in the first hour or so getting eclipsed by scattergun ideas and commentary. Elisabeth Moss puts in a very good performance but is woefully under-used.

At least Östlund punches up, as it were. He attacks the wealthy, the privileged and the hypocrites. It’s relentless and in this film quite exhausting but it’s fair game, which shows some degree of good taste.

There are some well placed and enjoyable jabs at experimental art (I too walked past an exhibit so mundane I didn’t realise it was an exhibit), but The Square is far too long and too smug for me to really get along with.