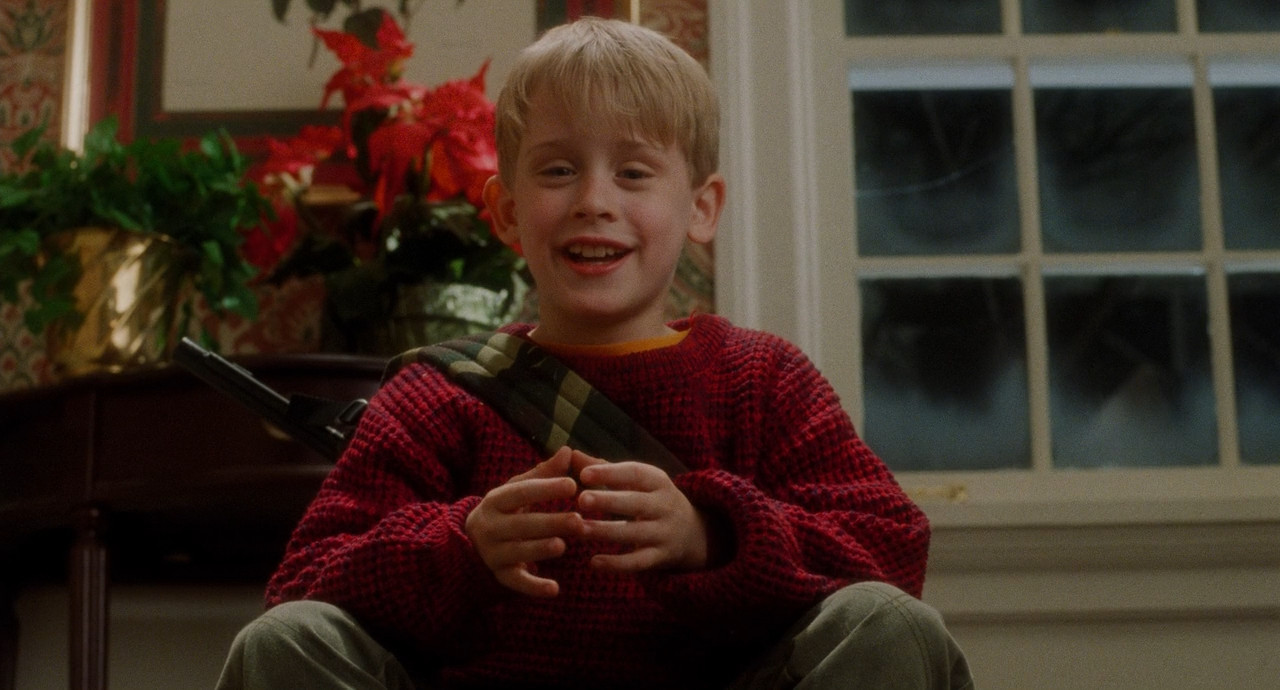 Another one of those films I’ve seen in chunks over the years and never actually all in one go.

What caught my eye was the surprisingly careful script that ensures everything sort of makes sense. Why doesn’t he just call the police? Well at the start we see that the phones are down, but no one cares because they aren’t going to be at home.

Every little trap and trick he sets up has already been shown in the film. There’s one scene where to amuse himself he shoots at baseball figures and they fall down the laundry chute, the same chute we see later on when he tries to murder the burglar with an iron. It’s all small details but when the finale happens there’s no confusion about the layout of house or where he got any of the stuff from, you just kick back and watch the whole thing go off. A child trying to execute and maim some criminals.

I didn’t really grow up watching this so I don’t have the same emotional attachment to it that some do, and it didn’t make me laugh all that much (apart from “Fuller, go easy on the Pepsi!”), but it’s easy to see where the love for it comes from.