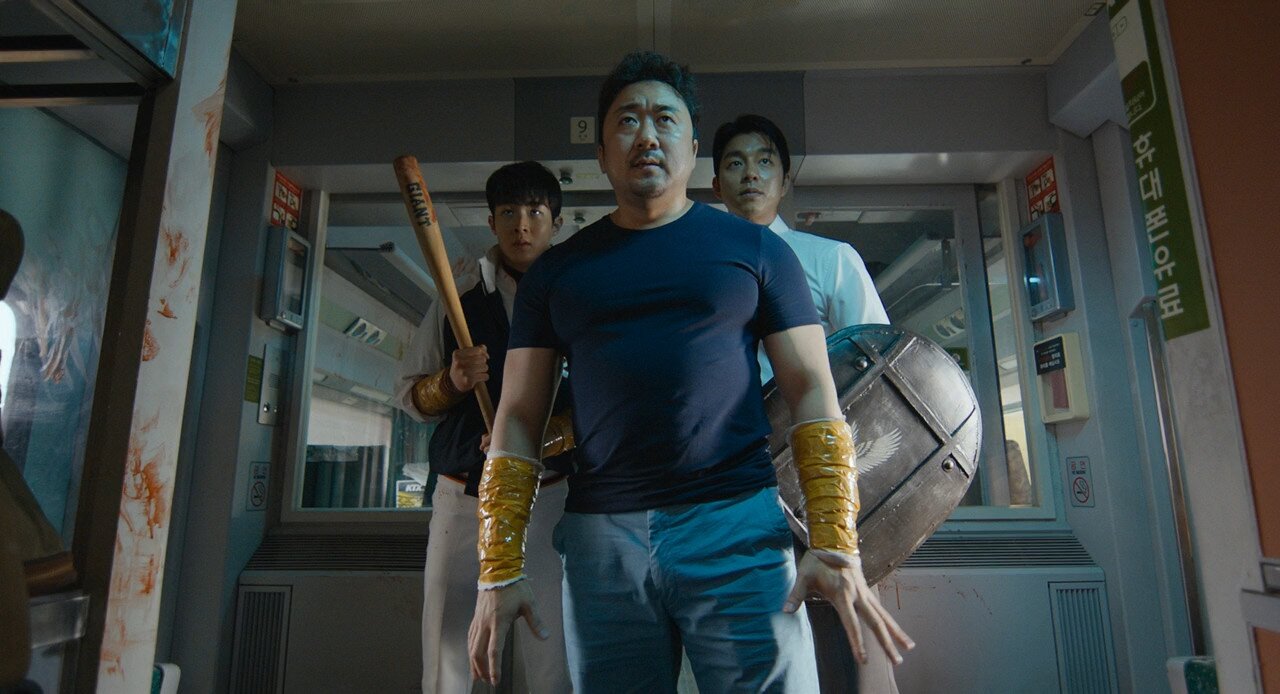 A father and daughter take the train to Busan. While onboard, a zombie outbreak starts to grip the nation and the survivors must fend for themselves while on the move.

Train to Busan shines in its first hour, pulling elements of classic fast-running zombie horror, Snowpiercer, family drama and gallows humour. It gets the audience on board without getting too bogged down in exposition. It establishes the ‘rules’ for the zombies by doing rather than saying, and abides by them consistently.

The second half falls back pretty hard on cliche, to a surprising extent for a film with such a good set up. Characters that seemed nuanced and complex in the face of a crisis turn out to be simple pawns in the story. Bad guys are bad. Good guys are good.

Still, even though Train to Busan falters, it’s a great zombie thriller with a clever premise at its core.