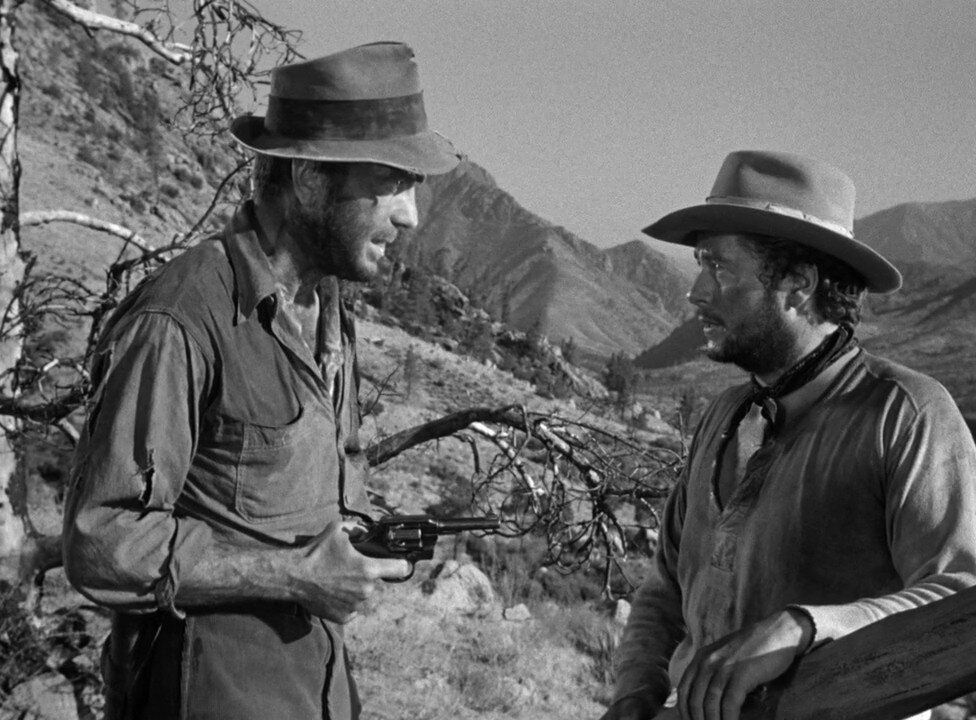 Three Americans in Mexico, down on their luck and looking for work, go out on a search for gold in the mountains. As they find what they seek, greed, crime and nature begin to work against them.

One might say this is a tale about the effect of greed on human nature, but Bogart’s lead character starts out as a piece of shit and only gets worse from there. The search for gold merely amplifies what is already within the characters. The honest get more honest, the resourceful get cleverer and the wicked get gripped by paranoia.

Isolation and danger boil the characters down to their bare bones, and the three leads put in masterful performances to get this across. Bogart and Huston (Senior) in particular are two sides of the same coin. Polar opposites yet both initially driven by their quest for prosperity.

Huston (junior, the director) paces the film slowly as the rot sets in. There are no seminal turning points, just the environment gnawing away at everyone. Before you know it they are pointing guns at each other and they aren’t afraid to shoot.

A surprisingly dark and intricate film with a sick sense of humour. Not what you’d expect for a big budget star-driven western, but I gather Huston tricked Warner Bros. into thinking this was going to be an easy to make B-movie. It was worth the risk!